Poole, UK. 3rd July 2013 - The rapid pace of device obsolescence can be damaging to mobile operator loyalty, according to a new UK study by WDS, A Xerox Company. The study found that the lifespan of a flagship smartphone is now less than half that of the average two-year mobile contract, leaving many contract customers locked to a device that may be superseded just months into their contract. The result is a rapid fall in device satisfaction after just six months of ownership, with just 53 per cent of customers highly satisfied with their smartphone by the end of the first year.

“This is not a problem with smartphone innovation. Innovation is good. The problem is that lengthy mobile contracts and smartphone innovation are totally misaligned,” says Tim Deluca-Smith, Vice President of Marketing at WDS, A Xerox Company. “The industry is asking customers to commit in excess of £1,000 over two years to use a product that will likely be superseded less than a year into the contract. It’s little wonder that satisfaction starts to fall so quickly as they watch their device discounted [to make way for a replacement] often within months of launch”.

The unfortunate news for mobile operators is that the study suggests a customer’s repurchase intent is heavily influenced by device satisfaction. By the end of the first year, only 38 per cent of customers could guarantee that they wouldn’t switch operator at the end of their contract period.  This was despite an overall improvement in network performance satisfaction over the same period (from 60 per cent to 67 per cent).

“What surprised us was the speed at which device satisfaction drops,” adds Deluca-Smith. “As such a tangible component of the mobile operator contract, it’s easy to see why the device is so influential in governing overall satisfaction; more so than even a positive network experience. Unfortunately, across most of the industry, the device is still bundled to multi-year service contracts, leaving millions of customers facing smartphone obsolescence within their contract period. Several operators around the world have recognized this problem and launched contracts that de-couple the smartphone from the service; making it easier to upgrade independently of the service contract. We feel that this data will make this shift almost inevitable across the wider industry.”

Notes to the editor:

Corresponding infographic can be viewed at: http://www.wds.co/enlightened/613/next_big_thing.jpg

WDS, A Xerox Company, is a leading provider of Customer Experience Management (CEM) solutions to the wireless industry.

Our goal is to help wireless brands deliver a more consistent, differentiated and profitable customer experience, shifting attention away from ‘managing’ customer experience problems and towards mitigating failures that we know have the potential to increase costs and damage end-user loyalty and profitability

We achieve this by embedding a CEM platform across the “customer lifecycle”, from retail through technical support and returns management. This platform powers the solutions that we deploy at key end-user touch-points (retail, on-device, on-line and contact center) with the knowledge needed to dynamically manage how end-users buy, explore, use and maintain their wireless products and services.

It’s this ability to help our wireless customers identify preventable issues, improve future products and services and build long-term, profitable relationships with end-users that means many of the world’s most recognizable wireless brands now trust the outsourcing of their customer experience to WDS.

Since the invention of Xerography 75 years ago, the people of Xerox have helped businesses simplify the way work gets done. Today, we are the global leader in business process and document management, helping people be more efficient so they can focus on their real business. Headquartered in Norwalk, Conn., more than 140,000 Xerox employees serve clients in 160 countries, providing business services, printing equipment and software for commercial and government organizations. 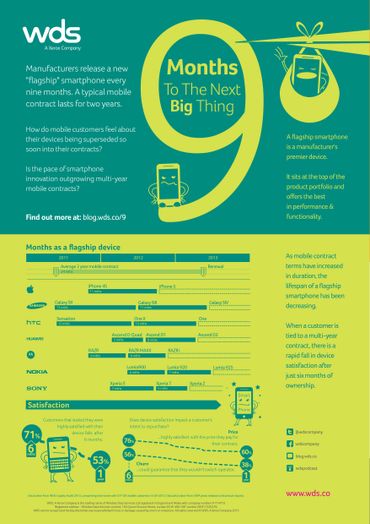